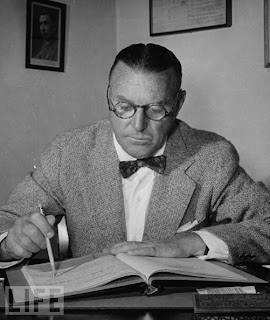 My first editor was M. Before her, the people that read my work, (mostly family members) had been cheerleaders. It wasn't that they never criticised me but their criticism of my writing was mild, like soy sauce.

"It's really good. The writing is wonderful. Best thing since sliced bread but I don't like the end."

The thing was the criticism came so late that all I remembered in my head was praise. I never once gave a piece of writing to a family member and went away feeling bad. I always left them feeling like the Nobel was just around the corner; after JSSCEs and summer vacation.

She wasn't the first friend I'd shown my work to. The first was F. We were in primary 5 together; I was eleven; a little older than her; a little bigger than her and I was class Captain, with the force of law behind me. Maybe that's why when I showed her the opening pages of a novel I had scribbled in a chequered exercise book meant for Maths, she smiled widely and said "I really like it."
"Do you think I should continue?" I asked, probing for more praise.
"Yes, yes," she said, "It's really good."

I showed her the first few pages of the book I was writing at the time. I had written twenty three, slow, painstaking twenty three pages and I expected her to read them all. When I asked, "Will you read the first few pages and tell me what you think?" I meant will your read all of it because you will like it so much that you will finish it and ask for more, more, more.

M stood up after page 5.

"The writing is really nice but nothing is happening."
"What do you mean?" I asked, wondering how she would turn this into a compliment.
"It's boring."

Point blank. No drenching in praise that made me forget the criticism tacked on at the end; no running over the sections that she liked and brushing lightly over the gaping holes. Point blank.

"But what's boring about it?"
"Nothing is happening. It's well written but there is nothing happening."

And that was all M would say.

I stopped writing that book because of M. She was right. There was no plot. The characters meandered around in painstakingly described settings, they thought interesting thoughts, they saw interesting things but they did absolutely nada. There was no point to that novel and my prose wasn't strong enough to carry this wandering aimlessness and so I gave this book the axe.

Of course you can't just allow anyone to be your editor. You can't just delete a book everytime somebody says it is boring. After all writing is a subjective thing. What's good for Peter can never be good for Paul but it's good to have a yardstick. Someone whose judgement you will trust, sometimes even at the expense of your own.

Funny enough, M doesn't read much, neither does she read novels for the purpose of criticism But out of the 3 books she reads in a year, all of them are quality and though she does not critique in the language of criticism, she cuts to the chase. In short, M is an intelligent reader. She didn't have to say there was no pacing or plot structure. Boring did it. She knew what she read and she knew how to express her opinions succinctly and directly.

Everybody needs an editor like M. An intelligent reader who not so much disregards your feelings but cares about your writing more.

About a two and a half years later, M read the first thirty pages of the draft of The Spider King's Daughter that I sent to my agent. She didn't stop after page 5. She read right up to where I would allow her to and then she breathed in deeply and said,

"Yaaaaaaah Chibs, this is very good."
"Why do you say so?"
"It the way you... Mmmm and in that bit where you... Ahhhhhh and that part where you almost... Ohhh I don't know how to say it."
Unfortunately when it came to compliments, M's usual succinctness deserted her.

Of course, you can only take being told your manuscript is boring so many times - my ideal ratio is about a thousand cheerleaders to one editor. However, you must, must, must have at least one person whose eye is on the book and not your feelings. You might not like it that the time but it will serve you well in the end. Trust me.
Posted by authorsoundsbetterthanwriter at 00:49

Email ThisBlogThis!Share to TwitterShare to FacebookShare to Pinterest
Labels: About Me, NaNoWriMo