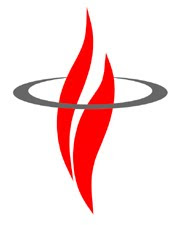 There is no surer sign that we pentecostals are crazy than the fact that we speak in tongues. Gibberish, madness, delusion, I've heard it all and been offended by none. After all, I can understand why one would feel a bit uncomfortable watching people making unintelligible sounds for hours on end. And the worst part is that most of the people speaking this 'language' don't even understand what they are saying. Odder and odder. Truth of the matter is even Christians are divided on the issue of tongue speaking. Some say its hokey pokey mumbo jumbo and others say, completely legitimate. As a casual bystander, if you're going to fall on any side of the argument, surely it would be with the sane Christians who only pray in languages that everyone else understands. Surely.

Now, let it be made clear that the languages they were speaking were not unintelligible to the other people around them. "At that time there were devout Jews from every nation living in Jerusalem. When they heard the loud noise, everyone came running, and they were bewildered to hear their own languages beings spoken by the believers. They were completely amazed. "How can this be?" the exclaimed. "These people are all from Galilee and yet we hear them speaking in our native languages!"[Acts 2:5-12 (NLT)]

The disciples didn't understand what they were saying but the foreigners around them could. So how come today when people say they are speaking in tongues, a lot of the time, no-one understands them, foreigner or not? Well, as I said, this was the first instance of people speaking in tongues. After this first time, Paul witnessed many instances and it seems that as more and more people spoke under the influence of the Spirit, increasingly no-one understood what they were saying . "For if you have the ability to speak in tongues, you will be talking only to God, since people won’t be able to understand you. You will be speaking by the power of the Spirit, but it will all be mysterious." [1 Corinthians 14:2 (NLT)]

So what is the point of speaking a language that nobody but God understands, not even you? Well for one, it builds up your spirit man. As Paul puts it, 'A person who speaks in tongues is strengthened personally.' [1 Corinthians 14:4 (NLT)] But still you don't understand what you're saying. How do you cope with that? Well, the more you speak in tongues, the more you begin to wonder why understanding was so important in the first place. For example, there is a very popular 2face Idibia song called Implication. The only word I have ever understood in that song is implication. The chorus goes, (according to a lyrics website)

I have absolutely no idea what these words mean yet when I hear them sung, immediately I think Nigeria, party, dance, 2face. I don't understand them but I know they mean something and that means something to me. I may not understand but it means somethings. It may sound like gibberish but it means something. Yet, it's important not to forget: "Though I speak with the tongues of men and of angels, and have not charity, I am become as sounding brass, or a tinkling cymbal." [1 Corinthians 13:1 (KJV)] Sometimes, we pentecostals can get hung up on this speaking in tongues things and begin thinking that if you don't do it, you're not a real Christian. The real test of a Christian is in how much they've grown in love. As Paul would have put it if he'd lived in our times, it's all about the love.
Posted by authorsoundsbetterthanwriter at 22:28

Email ThisBlogThis!Share to TwitterShare to FacebookShare to Pinterest
Labels: On the way, Pentecostal 101