I Weep For Nigeria 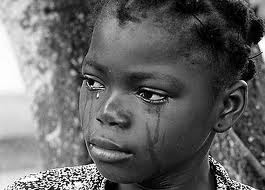 I weep for Nigeria because I do not know how to fix her. If a car is broken you take it to the mechanic; if a switch is broken, you send for an electrician but what if a country is broken? What then? Dial 118-China or wait for 911-America to respond?

And if something is spoilt beyond repair, why not bin it? Except a country is not like a tattered bag, easily replaced. Where do you buy a new nation when Europe has stopped manufacturing them? Where do you find the manual for making a DIY state? Do you bin the leaders and keep the people? Do you save the poor and kill the rich? Or is it only the middle that is good for nothing?

And so I weep for Nigeria because there is no handbook for Return to the Good Old Sixties. 50 years later, I would rather live 50 years ago. I would rather live in that time when things were possible, doable; when new horizons were spreading before the budding Giant of Africa.

Or was the giant still born? Or worse was it born prematurely and consigned to a life of futility because of its hurry to get out of Mother Britain’s womb. Maybe our colonisers left too early. Maybe they didn’t have enough time to fully explain to us what a DE-MO-CRA-CY was. Maybe they never finished their classes on Leadership is for the Good of the Led – repeat after me.

Or maybe they set us up to fail. Vindictively, they stirred tribes against each other, carved an area of discontent into the map and left with a salute and good luck. But 50 years later, can we still blame them?

Blessed are they who mourn, for they will be comforted. (Matt. 5:4)

Posted by authorsoundsbetterthanwriter at 11:25