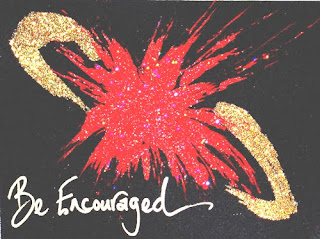 So Publishing Month is drawing to a close and if there's one note I want to end on, it's this: be encouraged. People will always give you stats. They will tell you that for every one person who gets an agent, there are x who don't. For every author who gets a publishing deal, there are x who don't. For every one person whose book sells, there are x number of authors whose books languish on the shelves and on an on it goes. After every hurdle you cross, there's always some statistic to tell you why you are unlikely to scale the next one.

It reminds me of a verse in the Bible that my Pastor in Nigeria was always using: Matthew 26:11a. He would read it out, "The poor are always with you," then he would add, "But they didn't mention your name." And we would chuckle but he was telling the truth. There will always be x number of people that didn't pass but who said your name had to be x? You have a goal, you have a destination, so keep your eyes on the prize and remove your mind from the things that tell you that you will fail.

As for me, The Spider King's Daughter was not my first attempt at a book. I had been x% many times. The x% of people that started books and didn't finish. The x% of people that sent to an agent and got rejected. The x% of people that could never get past chapter 1, chapter 2, chapter 3, chapter 15 but I knew God told me that I was going to be a writer. Even with that, I nearly gave up. It's easy. All you have to do is look at the stats and remember the failures and the past drafts and the euphoria that followed the last book that you really thought was going to be the one. But be encouraged. It doesn't have to be a book. It could be a job, a marriage, an exam. Whatever it is, be encouraged. He is able.

Posted by authorsoundsbetterthanwriter at 19:40

Email ThisBlogThis!Share to TwitterShare to FacebookShare to Pinterest
Labels: On the way, Publishing Month