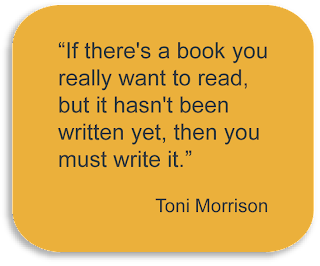 I knew very little about the publishing industry when I sent off my first manuscript six years ago. Slush pile, editor, MS, partial, copy editor, all these were words that either meant nothing to me or had a hazy, rough meaning. For example I assumed that the editor did all the editing while I supervised. She would somehow be able to transform her writing voices and style and cadence into that of my characters and rework my novel for me. My writing would flow seamlessly into agent/editor writing and then back again without even the most astute reader spotting the difference. As one of my teachers used to say, when I assume, I make an ass out of you and me. (ASS-U-ME) Editing is many complex things but as I have discovered, it does not include your editor writing your book for you.

The very first step of course in the whole journey is writing the book. Which I know is easier said than done but it has to be done for us to advance in this how-to-column. However you do it, whether you need to lose sleep, or shed tears, or deactivate facebook, write the book.

Now it is done and dusted (or so you think) the next step is to find an agent. Maybe not all the people you see on the shelves of Waterstones have agents but the norm is that they do and the reason is this: most editors in publishing houses will not read manuscripts that do not come from agents. It's a win for all parties involved. The editor in the large publishing house will have her reading load greatly reduced by the human sieve that is an agent. The writer will gain instant access to all the contacts in the publishing world that the agent has spent years building and lastly of course, the agent gets 15% of all revenue the writer makes from the book. So again, winners all around.

You can find agents online. The pros of looking online that its free, it's free and of course, it's free. The major con I would site however, is the information over load that comes with Google. As far as I know, there is no comprehensive list of agents online so you would have to do a lot of trawling. I found my agent in a book called THE WRITERS AND ARTIST'S YEARBOOK, a book which I cannot recommend enough. It has a list of all the reputable agencies in both England and America. It also has advice on how to write a cover letter, how to edit, how to pay tax as a writer, what a publishing house is, what it does and this information is all given by established writers, so it's palatable and easy to digest. At about 13 pounds, this book is a serious investment that I am grateful my sister made for me, when 13 pounds was too much to spend on a book.

Why do you need an agent? As I've mentioned they have the contacts in the publishing industry so an editor is more likely to read a manuscript that has their stamp of approval. However, it's not just the contacts. They help you polish your manuscript until its in a state to be read by an editor. I spent about six months editing THE SPIDER KING'S DAUGHTER with my agency before it was submitted to editors at publishing houses. If it was sent to publishers, as it was, in its raw state (which I thought was a final draft), it would probably have been resoundingly rejected. Also, they will make sure you get the best deal you possibly can out of your publishing house and last and most importantly, they will always fight your corner. Your agent has your back.

So now we have discussed what an agent does for you and why you should try and get one, let's discuss the how. You don't need any connections to get an agent, a misconception I once had. If Chinua Achebe were to recommend you to his agent, I'm sure that would increase your chances of success but what would equally increase your chances of success would be trying to write the most polished draft that you can. Long leg helps in every profession but less so in writing than in others I can think of. If the writing is good, the writing is good, recommendation or not.

This is where you sell yourself like a piece of meat. It's a bit like a C.V but it should read better than a list of bullet points. My cover letter wasn't particularly fantastic but I have read some good ones since then and the less listy they are, the better. In fact, it's more like a personal statement than a C.V because in the former, you only pick the achievements that are relevant. Whereas in the latter, your fluency in Creole is listed anyway even though you're applying to be a deep sea diver who will have no contact with any other life form but fish.

2. The Synopsis
Think long and hard about plot and themes. Think about which characters you want to name in your synopsis and which characters would make the summary become too convoluted. I know it's difficult to boil down 300 pages or 400 pages into three short paragraphs when you wrote those pages and know every detail and plot twist. I still struggle with this but you're going to have to do it at least once successfully, so it might as well be in the letter you send out to agents.

3. The First Three Chapters
Many UK agencies ask for what is called a 'partial' and so you're not going to get more than three chapters to convince them that they want to read more of your book. Make these three chapters count. Go over the paragraphs. Go over the sentences. Go over the words. Go over every single full stop because there's no point writing a witty cover letter and an intriguing synopsis if you're going to fall at this last most important hurdle.

This is a mammoth of a post but I hope it helps. Keep the questions coming guys.

P.S
A good agent will never ever charge so if they ever ask for cash to read: RUN. 419 has reached the publishing world.

Posted by authorsoundsbetterthanwriter at 22:10