On The Way: God is Not a Prude 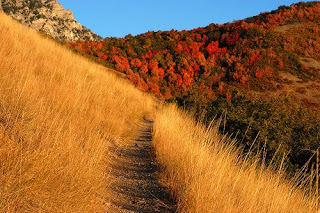 Christians seem to shy away from all things sensual. The topic of sex is robed with synonyms like intercouse and 'cleaved to' until the very physical nature of the act is lost amidst all the frills and archaic King James language.

I don't know why the embarassment. God is not embarassed by sex. In fact He talks about sex a lot because sex, quite frankly, is a good metaphor for loads of stuff. Let me give an example.

In Ezekiel, God tells a story of how He tended Israel until she was old enough for love and then He entered into a covenant with her.

Ezekiel 16:7-8 (AMP)
7 I caused you [Israel] to multiply as the bud which grows in the field, and you increased and became tall and you came to full maidenhood and beauty; your breasts were formed and your hair had grown, yet you were naked and bare.
8 Now I passed by you again and looked upon you; behold, you were maturing and at the time for love, and I spread My skirt over you and covered your nakedness. Yes, I plighted My troth to you and entered into a covenant with you, says the Lord, and you became Mine.

But then Israel starts doing wayo.

Ezekiel 16:17 (AMP)
17 You did also take your fair jewels and beautiful vessels of My gold and My silver which I had given you and made for yourself images of men, and you played the harlot with them;

Adultery is grounds for divorce but in this case as always, God was merciful. Read Ezekiel if you're interested.

In conclusion, God is not a prude but God is holy and so you don't have to be a prude to be holy.
Posted by authorsoundsbetterthanwriter at 00:52