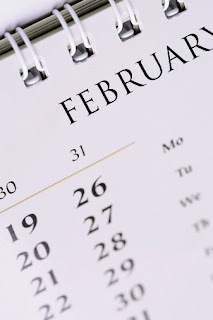 On February 1 last year, I signed my contract with my publisher. I remember the day was very cold and it was already dim by the time I got to my agent's building even though it was only three o'clock. I was coming from a lecture, a boring, one and the juxtaposition was too much for me to feel excited in an obvious way. I saw my classmate on the platform and so we sat next to each other on the tube.

"Where are you going?"
"I'm going to buy some trainers."
"Cool," I said wanting him to return my question but not quite.
"So where are you going?"
I am usually quite secretive about good news. I don't know, maybe it's the way I was brought up but I've always felt that telling people about the good things that have happened to you is a little like boasting. But it was a direct question.
"I'm going to my agent to sign the contract for my book."
"Wow that's amazing. Congratulations."

There was nothing else he could say really but hearing the words that one always says when good things happen, made my good thing feel like an anti climax, and I was a little embarrassed that I had told him.
"So what's it about?"
The question that always froze me. "Well--" I hmmed and haaad until it was time for him to get off and go and look for his sneakers.

When I got to my agent's, the contract specialist placed a wad of paper in front of me. I looked over it, skimming through the pages, asking questions when I came across a clause that was unclear but to be honest, I didn't read it in detail. I trust my agent. They've been reading contracts for years and as I say to those who are aghast that I don't know the clause by clause detail of my contract: the agency is not a charity. 15% of everything I earn goes to them so if anyone cheats me, they cheat them as well.

After I signed, I called my parents. I was very subdued by it all. I had just turned 19 and I remember speaking to them very quietly while I tried to summarise what I had just signed. When I finished, my mother said, "We thank God."
"Yes. We thank God."

After all who else could I thank for this inexplicable thing that had happened to me in a manner that was almost like a movie, like film trick.

"So what are you going to do now?" they asked.
"I'm going home. I have readings to do for tomorrow."


P.S
To celebrate my one year anniversary with Faber, I'm going to dedicate February to answering any questions that you guys may have about publishing and the publishing industry. Anything from how to find an agent, to what your editor does for you, to the revision process. You can email me at authorsoundsbetterthanwriter@gmail.com I look forward to hearing from you.
Posted by authorsoundsbetterthanwriter at 22:48

Email ThisBlogThis!Share to TwitterShare to FacebookShare to Pinterest
Labels: About Me, Faber, Publishing Month, Writing