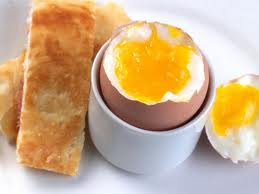 N still turns red easily and she still has soft hands but I don't think she's an egg anymore... most of the time :)
Posted by authorsoundsbetterthanwriter at 17:39 2 comments: 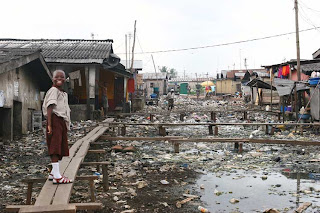 Growing up in Nigeria, I did not know there was anything wrong with it. My parents were comfortable, I went to a nice primary school, nice secondary school and though I was neither naive or stupid enough to think everyone lived like me, I never dwelt on these others. I knew they were there, you only had to drive through Lagos to see them, but I did not realise how minor my minority was.

It was only after I journeyed over the seas that I realised there was something wrong with my country. Sometimes the things in front of your face are the hardest to see. Poverty was so close that my vision blurred when I looked at it, my mind drifted when I encountered it but from a 6,000 kilometre remove, I could suddenly see Poverty with stark clarity.

It is strange, the things my subconscious has kept intact, things that made no impression at the time. Listless jobless men on slum balconies, roads paved with mud and dotted with tar, six year olds hefting trays of groundnut on their heads - and the more I remember these things, the more a feeling like guilt begins to grow.

Thinking rationally, it is clear that if blame were to be apportioned for the failures of Nigeria, my name would not be near the top. After all, I am not a politician, neither is my father; I have never stolen money meant for education, roads, electricity, transport, water, healthcare, security and neither has my father nor his father before him.

Yet though dismissal of my rich guilt is the only rational thing to do, rationality can be over rated. The fact, that I was born well above the poverty line, the fact that the probability of this happening is so minute it is miraculous, the fact that the government is letting the country go to ruin and the middle classes are content to have their private schools, private generators, private estates, private bore holes, private hospitals, all these facts make me very uncomfortable.

It occured to me one day that this thing that I call rich guilt is not that different from the phenomenom called 'white guilt.' According to Wikipedia:

'White guilt refers to the concept of individual or collective guilt often said to be felt by some white people for the racist treatment of people of color by whites both historically and presently.'
According to me:
'Rich guilt is the invidual or collective guilt some (comparatively) rich people feel for the rubbish treatment of the poor both historically and presently.'
Perhaps rich guilt is one of the key factors that will change Nigeria. It's driven some to paint Mushin, start free schools, speak out against the government, stand for government and dig boreholes in their villages. Rich guilt has developped a social consciousness in Nigeria and as long as it spurs to action and not hot air, it will continue to develop more. 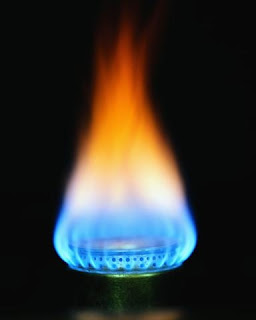 As I write this, A is crying again. Children are strange like that. One minute their mouth is an open sob, the next their lips stretch into a smile that never materealises because the tears are falling once more.

Of course she was having none of it and she swung him up from the floor. Of course, he was having none of it and he began to wail in earnest. Louder, louder and louder so she blew a fart on his tummy to make him laugh. He laughed. She ran out of breath and he cried. She inhaled and blew again, squelching air onto his skin. He laughed. She needed oxygen and he cried. And all this while she was carrying him up the stairs, a squirming bundle of laughter and tears. It was wonderful to watch.

I find it very useful to have volatile characters like A in my fiction . The kind that enter a room calm and leave livid, floating from happy to sad to angry in a paragraph, free radicals that swirl the characters around them into action, pushing, prodding, exploding the plot along. Every time I get stuck in a story, after all my funny, staid, complex characters have pushed the narrative as far as they can and are glued in a rut, I introduce a Mr. or Mrs. Volatile or I morph a character into one. Perhaps it's lazy writing but it helps me get my story where I need it to go.

As I write this, A is sitting on his father's tummy and laughing his strange, yacking laugh. He's happy, all his teeth are on display but if you look at his eyes properly, you'll see some tears still floating for the next time he needs them.

"Bed time", his mother says.
Maybe he'll be using them soon.
Posted by authorsoundsbetterthanwriter at 20:07 2 comments: 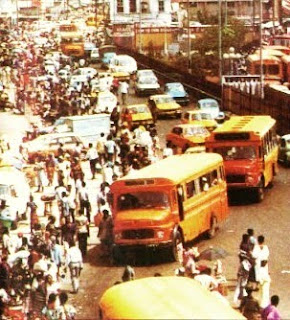 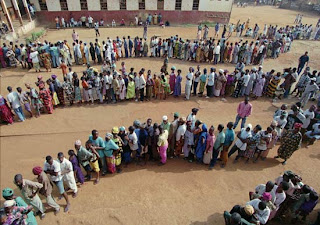 In Nigeria, there is a name for people who do not, cannot or will not have a mind of their own. Their plight is to constantly chase trends; their fate is to never reach that nebulous place where it is happening. Once they are close to the centre of things, the centre relocates in the direction they are coming from and so they run from natural hair, to Brazilian weaves, to Hummer jeeps, to green cars, to Lagos, to Abuja, to London, to New York on an on, back and forth in a never ending race.

Like any green blooded Nigerian, I despised the followfollow. After all, what kind of human being does not, cannot or will not have a mind of their own. This morning I did not know.

It was not a sudden thing. I did not sleep one night and wake up like this. Instead it was a gradual process, a slow but steady slump into this world of trendspotting and chasing.

I discovered that many writers were now using this blogging thing. I read their blogs, I commented on their blogs, sometimes I even bookmarked them. Then I now saw that many other people were going to these blogs and starting their own blogs and linking themselves to the blogs that inspired them and referencing, cross referencing, quoting, paraphrasing and etcetera-ing each other. I had spotted a trend and from there, it was a slippery slope.

Tomorrow I will wake up and all the writers will have departed to twitter. Ah well, in the true, undiminishing, unquenchable spirit of the followfollow... I will follow them.
Posted by authorsoundsbetterthanwriter at 23:25 4 comments: