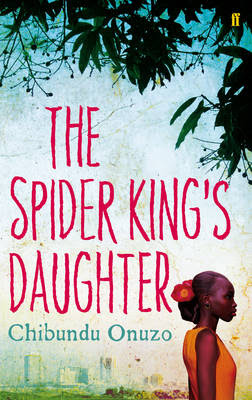 I had absolutely no input in this. I cannot take any credit at all, at all. My idea was very obvious and cliché. I imagined a photograph of a girl sitting in a back seat looking out of a window and in the distance a hawker would be running after her. I know. Terrible. I'm very thankful that they didn't take me up.
The Faber design team did such an excellent job. I spent a very long time screaming when I saw the final version. Look at the blurry Lagos in the background and the leaves at the top of the page. It's so pretty. It makes me wish I could draw. Having a cover makes the book much more real. We thank God.
P.S
The top of my blog template also has leaves like the cover. Complete coincidence.
Posted by authorsoundsbetterthanwriter at 01:28 6 comments: 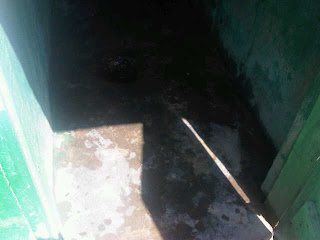 This is where the graduates in Iseyin Oyo State NYSC camp go when they wish to 'ease themselves.' It is difficult to imagine anyone being at ease in such a place. First class holders, second class uppers, third degree takers, they all come here. Aje botas, aje pakos, aje in between, they all squat here. Toilet is a leveler. The logistics of doing your business here are complicated. Do you take tissue? If so, the whole roll or just what you need? Where do you wash your hands? Hand sanitiser or avoid touching anything until you find soap and water? Toilet is a real leveler. 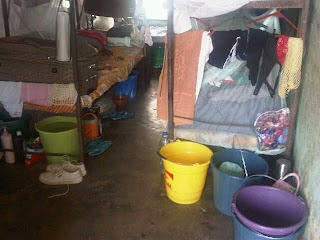 This is where the graduates sleep. So close together and so cramped so dingy so old. Your neighbour's softest snores will still be audible. From here, the graduates wake up in the early hours of the morning to fetch water from their baths. Water is fetched not received from a bathroom tap. The graduates, engineers, lawyers, political scientists, they hang their clothes inside because they fear that other graduates, engineers, lawyers political scientists will steal their clothes. 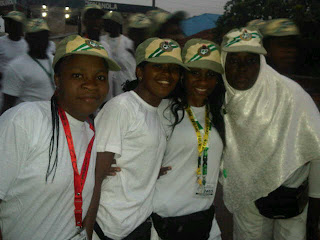 It is not all a waste. There is an Igbo in this photo, a Muslim, a Christian, a returnee from England, a graduate from a Nigerian university. Perhaps none would have met if not for Iseyin. Perhaps, even if they had met, they may not have related as equal if not for that toilet that levels all.
The Nigerian Youth Minister, Bolaji Abdullahi, is on twitter. Once a month, he convenes what he describes as a 'town meeting.' People are invited to ask questions about youth issues for an hour and in that time, he will try to answer as many as possible. On Sept 8th I asked, "@BolajiAbdulahi NYSC camps are in a terrible state. Graduates don't have access to toilets in most. Are there plans to rebuild them?" The Minister replied, "@ChibunduOnuzo We are engaging governors in our plans to reform the NYSC and address specific issues including infrastructure, yes."
This got me thinking and a little annoyed. Like unity schools such as Queen's College which educated students from all over Nigeria,The National Youth Service Corps was designed to promote national unity. In conception, it is a nationwide scheme so why should it's execution be passed on to state governments? It is a scheme that has been backed by the current regime despite widespread calls for it to be scrapped after atrocities were committed against corpers during the last elections. Yet it seems this regime is only willing to back the NYSC with words and not with cash. University educated folk are not a priority you see.
If you ever wonder why all the graduates are streaming out of Nigeria, looking for opportunities from an abroad as close as Ghana to the far overseas of America, then scroll up and look at the first picture again. 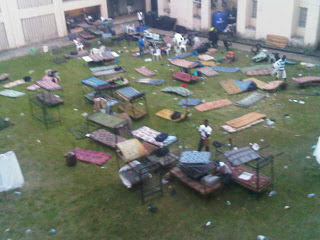 I will close with this photo. It was sent to me by a friend on her first night in the NYSC Lagos camp. She did not describe what this photo shows. I do not know if some graduates spent their first night outside. All she said to my question, "Did u go to camp,' was:
'Yes oh I'm at camp.
Chibundu it's terrible
As in....... Hot damn! '
Posted by authorsoundsbetterthanwriter at 21:19 4 comments:

This trailer is so funny. I want to see this movie.

That extra though, smh.
Posted by authorsoundsbetterthanwriter at 22:42 No comments: 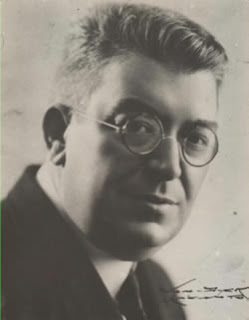 Fernando Ortiz was a Cuban intellectual who began writing about black urban culture in 1906. However, it was in 1940 that his seminal work, Cuban Counterpoint: Tobacco and Sugar was published. In this work, Ortiz coins the term transculturation, a process that occurs when cultures collide. None remain the same. Instead, they all rub off on each other and produce a hybrid that incorporates aspects of all participants. However, before this hybrid can be produced, all the cultures involved must undergo what Ortiz calls a deculturation. In this process, which can happen under extremely harsh conditions, distinct identities will be lost as the cultures are ground into each other.
Ortiz speaks of the transculturation of the African slaves transported to Cuba in the nineteenth century.
'The Negroes brought with their bodies their souls, but not their institutions nor their implements. They were of different regions, races, languages, cultures, classes, ages, sexes thrown promiscuously into the slave ships and socially equalized by the same system of slavery.'
Under the slave whip, they would lose their Wolof, Hausa and Mandinga distinctness and become African. Their descendants would not see themselves as belonging to one tribe but to all. Years after slavery was abolished in Cuba, the poet Nicolas Guillen would write in his Son Number 6,
I'm Yoruba,
singing,
weeping,
and when I'm not Yoruba,
I'm Congo, Mandingo, Carabali.
The first time we read this poem in my seminar group, I said to the class, "This man is very confused. He does not know where he is from." My teacher replied something along the lines of, "It's not that he doesn't know where he's from. It's that he's from all of them."
Nigeria has been a country since 1914 when Lord Lugard united the Northern and Southern Protectorate to simply administrative work. Igbo, Yoruba, Hausa, Efik, Ibibio, we have been thrown together, cheek by jowl for almost a century and still, we continue to cling to our separate identities. We refuse to let the inevitable process of transculturation take its course. I say inevitable because we can not live together without rubbing off on each other. We cannot rub off on each other without changing. We can choose to accept the change or we can fight it and call the transcultured hybrid a degenerate creature, hearkenening back to the days of 'racial purity. We can either and accept our multitribal reality or we can fight the integration of our cultures every step of the way. The Rwandans fought transculturation. Thousands of lives later, they have abandoned all forms of ethnic identification and abolished the terms Hutu and Tutsi from public discourse. Surely we don't have to wait until such drastic measures become necessary.Why not be wise like Guillen and decide,
I'm Igbo,
singing,
weeping,
and when I'm not Igbo,
I'm Yoruba, Hausa, Kanuri
Efik, Ibibio, Calabari, Ijaw,
I am Nigerian.
The historian Nancy Morejón wrote in an article,
"The history of the African continent has been plagued by thousands of tribal conflicts. Only in America [both North and South America] could Africa become a unity, due to the diaspora its descendants interwove in search of their liberation."
Why must we Efiks, Ijaws and Hausa's wait until we are in the diaspora before we know we are Nigerian? Why must we wait until we have fled a country ruined by tribal politics before we realise that being Nigerian is the most valuable of all identities.
There is no doubt that as transculturaion occurs, we will all lose a little of our 'Igboness' and 'Hausaness' and 'Efikness' and 'Kanuriness' but in doing so, we will gain our Nigerianess. Jesus said to his disciples in Matthew 10:39: If you cling to your life, you will lose it; but if you give up your life for me, you will find it. There is a corollary for nation building in Africa. If you cling to your tribe, you will lose your nation but if you give up your tribe, you will gain a nation of many tribes.
Posted by authorsoundsbetterthanwriter at 21:16 No comments: