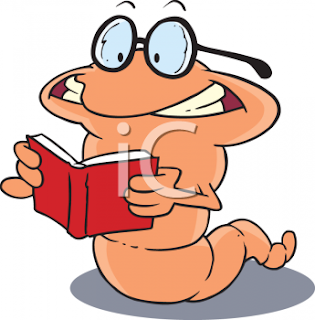 I read Eghosa Imasuen’s ‘Fine Boys’ in almost one sitting, turning the pages of the novel into the early hours of the morning, desperate to discover Ewaen and Willy’s fate. The 90s were a particularly unattractive time to go to University in Nigeria and Imasuen does not shy away from this. The teargas and strikes of the decade are depicted, as well as the cramped classrooms and terror of being forced to ‘blend’ into a cult. Yet, the book still left me nostalgic for the camaraderie of a generation that for the most part ‘alutad’ and continued to tell the tale. I forced the book on a friend who prides himself on not having time to read fiction. He returned my signed copy a few days later, dog-eared and thumb marked. “That was my life,” he said, a little unnerved by how spot on Imasuen had been.

I read about Molara Wood’s ‘Indigo’ on twitter. She was very discreet, tweeting in passing that her short story collection was out without even urging us to ‘grab our copies!!!’ Nevertheless, I hurried to Amazon and downloaded the book. I’ve never encountered Ms Wood’s fiction before and so I approached with curiosity. It can take me months to read a collection. I hate the unevenness of the things. You read a brilliant story, only for you to rush to the next one and discover it’s a dud. Ms Wood has no duds. Obviously, all fingers being unequal, some stories are more brilliant than others. ‘Night Market’ which has the unlikely ingredients of an ex-Sango priest, an American wife and a returnee, is one of the most satisfactory pieces of fiction I have read, a world in a short story. It was so complete, I wondered why any writer wastes paper on a novel?

And then of course Igoni Barrett’s ‘Love is Power orSomething Like That.’ I found the title a bit unwieldy and I wondered why in a collection of delightful numbers such as, ‘My Smelling Mouth Problem’ and, ‘The Shape of A Full Circle’ Barrett and his publishers should have chosen such an amala bolus of a title. Well I read it and discovered why. I found myself chastised by this very nuanced portrayal of that oft caricatured individual: the Nigerian policeman. It’s a fluid piece of fiction that slips into your consciousness and remains there long after it is over. Barrett is also doing something very interesting with language. He’s writing in Nigerian English, not pidgin, which Eghosa Imasuen, does with flair but in Nigerian English: that curious, convoluted, verbose, ungrammatical, profound, lyrical way we have of speaking ‘English’ to one another.

Lastly, the discovery of the year for me was the Congolese French writer, Alain Mabanckou. His semi-autobiographical novel, ‘Tomorrow I’ll Be Twenty’ may very well become the definitive coming of age tale of a generation. Communism, dictators, coups and suspect diamonds all feature in what still remains a very funny novel, thanks to the earnest lens through which the young narrator sees the world. I read the book to the end and so saddened was I by how quickly I’d consumed it, I went back to the beginning and started again. It was that good. These four books I’ve mentioned are that good. So grab a copy of each one. Grab your copies now!

Posted by authorsoundsbetterthanwriter at 21:21 5 comments: