Driving to the Village

Around this time of the year, Igbo people from all over the world, begin to troop towards their villages. It is a Christmas exodus like no other, befitting of a people who claim to be descendants of the Jews. From America, from Europe, from Hong Kong and of course from Lagos, Amakas, Ifeanyis and ChiChis start to wend their way home. After all, Agaracha must come back and the more style Agaracha returns with, the better.

Are not playing a football match. But a publisher in each country has offered to buy the rights of my novel. I'm really looking forward to seeing my book in another language. One of my cousins said, on hearing the news, "So you'll get to read your book in Spanish." As I know neither Spanish nor Turkish, I will just look at the letters and smile. We really thank God. It makes me so grateful to think that my book will go to places I have never been.
Posted by authorsoundsbetterthanwriter at 01:01 3 comments:

When Paul was arrested and flogged for preaching the gospel in Philippi, on his release the next day, he refused to leave the jail cell. He said to the officer sent to free him and Silas, 'They beat us publicly without a trial, even though we are Roman citizens, and threw us into prison. And now do they want to get rid of us quietly? No! Let them come themselves and escort us out.' (Acts 16:37) The magistrates who had ordered that they be flogged, had no choice but to agree to Paul's demand. You couldn't flog a Roman citizen without trial and get away with it. They were lucky Paul didn't ask for more.

Again, the bond servant Paul stood up for his rights in Jerusalem. Again he was flogged for preaching the gospel. The Bible says, 'As they stretched him out to flog him, Paul said to the centurion standing there, "is it legal for you to flog a Roman citizen who hasn't even been found guilty?" I love that he phrased this as a question, I love the calm brazenness of it, even as they were about to flog him, Paul was cool and questioning the centurion on a point of law. The commander who was superior to the centurion 'was alarmed when he realised that he had put Paul, a Roman citizen in chains." (Acts 23:25b,29b)

These two passages got me thinking. The only reason why Paul could claim his rights as a Roman citizen was because he knew them. As a Christian, I claim my spiritual rights when I pray. God has not given me a spirit of fear but a spirit of sound mind, God will not forsake the righteous and I am righteous by the blood of Jesus, God will bless me exceedingly, abundantly and above all that I can ask. But I could not tell you a single right that I have as a Nigerian citizen. I cannot tell you the rights I have as a Nigerian citizen living in the U.K. I have special rights that others do not have because I am a citizen of a Commonwealth country yet I do not know what these are. I cannot even tell you the rights that I have as a University of London student. The other day, I just discovered that I can order restricted documents from LSE because I go to Kings.

We Nigerians, we complain a lot but how many of us have ever sat down to read the constitution. I know I certainly haven't. So from today, I'm going to start trying to find out what I am entitled to and what my government owes me. If you want to join me, click here for the link to the Nigerian constitution. The website is not particularly attractive but the information is necessary. We can demand more effectively when we know our rights.
Posted by authorsoundsbetterthanwriter at 00:32 1 comment:

Email ThisBlogThis!Share to TwitterShare to FacebookShare to Pinterest
Labels: Africa, Nigeria, On the way, Politics 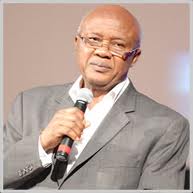 When I was younger, I used to wish my father was a richer man. I went to a very middle class primary school and repeated the process for my secondary education. As early as primary four, I had begun fabricating stories for why we did not have a nicer car. I was too ashamed to tell these stories out loud but every once in a while, I would recount to myself the story of the S-class that got stolen to be replaced by the old, square Merc. In primary school, it wasn't so bad. My longer throat was only fuelled by seeing others climbing into the backseats of air conditioned cars while I sweated all the way home.

However, in secondary school, the car you went home with was a matter that was openly discussed and commented on. I got a lot of grief for that Merc. Things got so bad, that I much preferred to be dropped a few minutes from the school gates and walk to school. Our house was close enough that the illusion of my having walked all the way, was cooler than my being seen in that blue Merc. I remember once my mother came to pick me up from school in that car. Imagine my horror when I saw her driving into the school compound. Who had let her in?

I could not disown my own mother. Head down, I crawled into the front seat. I could hear my class mates laughing in the class room. My mother is not the most skillful of drivers and the Merc is not the most skillful of cars. As she reversed, the car stalled, the laughter doubled. It looked like I was going to have to push start the car. It looked like I would have to change schools. Thank God, the car started and I was saved the inconvenience of resuming at another school half way through the term.

That day perhaps, I wished most fervently that my father was a richer man. After all he was Igbo. He could have become a trader and been a tycoon in no time. He could have sold electronics. Alaba was just down the road. Anything but this respectable medicine which left us with a very unrespectable car. 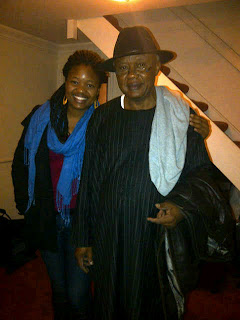 I have grown older and have come to realise that there are more important traits for a father to exhibit than stupendous wealth. My father is an honest man and he is a man of integrity. The opportunities for being crooked in medicine abound, as I have learnt over years of eavesdropping at doors. Time and time again, my father has lost business rather than pay bribes to get patients referred to his hospital. Perhaps it a foolishly scrupulous piece of integrity in an industry awash with corruption. But he has taken his stand. Patients with kidney problems should be referred to the hospital that will provide them with the best care. Not to the highest bidder.

My father is a generous man. I never had a room of my own when I was growing up and it was not often that I slept on a bed by myself. My cousins from the East when looking for a place to stay in Lagos, flocked to our house and my father turned not a single one away.

Lastly and most important to my development as a human being, my father taught me about God. Every morning, for the first fourteen years of my life we had morning prayers in my parent's room. Sometimes, I resented these intrusions into my sleep time. There were mornings I just didn't feel like singing, "Morning has broken," but I look back on those years with so much love. The whole house would gather in his room, domestic staff, cousins, siblings sometimes up to ten of us would be in that room. We would start by singing hymns from Mission Praise. Each person was allowed to pick one, a fundamental human right my mother defended against my father's attempts to sneak in a second choice. After singing, we would read a passage from the Bible, each person reading a few verses. Then my father would  teach. Not in an authoritarian way, we were always allowed to ask questions and give opinions, perhaps this is why to this day, I am at ease discussing with people a lot older than myself. Then we would pray. My father would always start his prayer with,

"We give You praise,
Ancient of Days
The Author, the Ruler and Possessor of our faith."

So I will close with this.


We give You praise,
Ancient of Days,
That Okey Onuzo is a year older today.
Posted by authorsoundsbetterthanwriter at 00:01 7 comments: