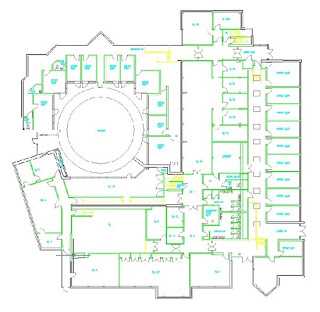 It's easy to buy into this theory of randomness, especially as we don't have the grand perspective. All we see is random acts, random meetings, random bangs but if only we could go a little higher.

Unfortunately, on this side of death, we can only see in part (1 Corinthians 13) because that's all we can handle but we trust the One who sees the whole picture.

It's not wishful thinking or self delusion that makes me believe this. It's not an unfounded optimism or groundless hope. It's because once you've caught just a little glimpse of the plan, then you clutch tightly to the One who has the map.

I once heard a famous person say, "I believe in God but it's not like I have a direct line or anything." Well, we've all been offered a direct line, through Jesus, and its up to us to choose if we're going to take it.

So if you're worried about a lack of direction or focus in your life, ask God with humility and He'll show you His plan. Not all of it but a glimpse that will be enough to sustain you through this seemingly random journey that we call Life.
Posted by authorsoundsbetterthanwriter at 21:40