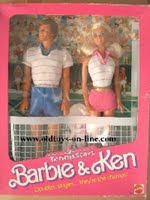 It was very casual in my old school. We used to call it quaving. Boys would run up to girls and smack their bottoms or prod them in the chest or rub their legs if they were sitting close to them. The reaction depended on the girl. Sometimes girls would scream, the very sensitive ones might cry later on and the feisty ones would hit back, slapping, kicking, maybe scratching. The reaction also depended on the boy. If the boy doing the quaving wasn't good looking or was socially a runt, he would most certainly get smacked for trying to quave a girl. However, if the boy in question was handsome or cool, then sometimes the girl would laugh it off and conversation would carry on as if male hands had not just grabbed her chest. You could never tell though. Sometimes even the most popular boys got rebuffed and they would retreat puzzled, maybe even angry. How dare a girl deny them?

One reaction that never happened though was reporting. If certain female teachers saw a boy harassing a girl, they would usually come down heavily on the side of the girl. Slapping, hitting, shouting, "Leave her alone!" But these ones couldn't be everywhere and the boys grew wise. You wouldn't dare try to quave a girl if Mrs. G was around. Some male teachers however, were more likely to come down on the side of the boy. Not that they would join them in the quaving (though a few instances of this did happen) but girls who got disturbed by boys because they had bigger breasts or rounder bottoms, were often picked on by male teachers. "Leave boys alone," was a common mantra directed at these girls. Even the female teachers, would sometimes slip into blaming these girls for always being targeted. For example they would berate them over the tightness of their uniform as if skinny girls with flat bottoms ever got disturbed as much, even though their trousers were skin tight. In short, if ever a girl got quaved too often, or suffered excessive male harassment, it was her fault. The boy was to be blamed of course but the girl was also culpable for having such a big bottom and then choosing not to wear looser clothes.

I wonder why girls didn't report instances of quaving more. Maybe it was because the girls were ashamed but I think it was more because girls didn't think it was a big deal. Someone steals your stationery, you report that. Someone takes your Maths notebook and rips it up, that's a reportable offence but someone places their hand on your chest without your permission, well that's just one of those things. Just one of the occupational hazards of being female.

I'm reading a book by Kat Banyard called The Equality Illusion and it's only after I read her descriptions of incidences of sexual harassment that I realised that what we called quaving and tapping current in my secondary school were really just misnomers for sexual harassment, the harassment of girls because of their physical characteristics.

Quaving is a game, I once heard a boy say. It was a lie that we believed.
Posted by authorsoundsbetterthanwriter at 15:20