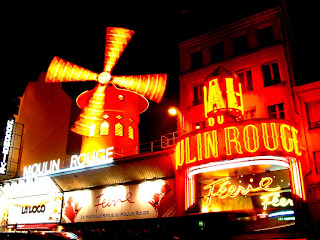 My parent's hospital shares a wall with one of the most popular night clubs in Ikeja. As a result of this popularity, the area surrounding the night club has become a hub for prostitutes. On any given evening, you can see at least six girls in skimpy clothing waiting to be picked up. One of the hospital's employees has a special name for these women: goodevening girls. The nickname arose from an experience he had.

One evening as he was waiting for the hospital gate to be opened for him, one of these girls opened the door of the car he was driving and slid into the passenger seat.
"Good evening Sir," she said.
"Good evening," he replied.
When he told the story later, he insisted that he had no intention of paying for her services. It was only curiosity that drove him to ask, "How much you dey charge?"
"Five thousand Naira."
At this point,he had laughed long and hard.
"Five thousand Naira for what? Are you going to follow me home and cook and clean for me?" They haggled for a while but it soon became clear that they could not agree on a price. She climbed down from her car and went to wait for her next customer. From then, all the women that stood around the night club were dubbed 'goodevening girls.' He was shocked at how polite the girl had been,how well spoken.

I remembered this story a few days ago and it got me thinking of the good evening girls. Generally they are reviled. They are called gold diggers, husband snatchers, ashewos. Once, I saw a woman throw a bag of rubbish at one, cursing her as she did so. The consensus is that if you are a goodevening girl, it is always your fault. Goodevening girls are never the victims. After all they carried their two legs to stand on the road, they used their two hands to wear those skimpy clothes. In fact, it is the men that pick them up that should be pitied. There they were driving down the road, minding their business when gbosa, they turned and saw all that flesh on display. They say the good evening girls have agency but how much agency can one have when the choices are so limited.

There must be something wrong with a society that drives thousands of young women into prostitution. There must be something twisted when the only ones to blame are those that should be most protected. Most good evening girls are not Jenifa's, looking for Brazilian hair and blackberries. This is the myth that we like to tell ourselves. They could be doing other work if they wanted to. It is only because they are greedy and want fast money. Yet how can this be, looking at the economic demographic of Nigeria. There are goodevening girls in rich areas and in poor areas. As the poor parts of Nigeria vastly outnumber the rich, we must conclude then that many of these goodevening girls are subsisting and living from back to mouth. All over Nigeria, women are selling their bodies to eat, to buy medicine, to buy clothes. In England and America, people were shocked when the writer of The Secret Diary of A Call Girl revealed that she had become a call girl because she was struggling with her finances in college. In Nigeria, this is everyday news, not even worthy of the back page of the most local newspaper.