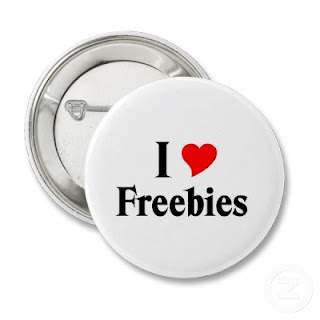 I do not intend that this post serve as an analysis of  the Nigerian behavioural pattern known as 'awoof'.' Neither do I want to discover the etymology of this word, interesting though such a process might be. What I am concerned in documenting, is three instances where this behaviour has risen to the surface of the cultivated exterior that I and my close ones often try to exhibit. I leave analysis and explanation for another more appropriate forum.

1. A few weeks ago, whilst perambulating down my university corridors, I noticed a rather large crowd gathered in a rather large room appropriately called the Great Hall.
"What's going on?" I asked the lady making sure that only those who attended King's were admitted access into the usually unmanned Great Hall.
"It's a law careers fair."

I was on my way somewhere but hearing that a careers fair was in town, my plans for the day were suspended. This of course would make sense if I was interested in pursuing a career in the law. But I am not. I rescheduled my plans for the day because I knew that wherever a careers fair is, freebies must also be there. So I presented my student ID and was let into the hall.

And what a hubbub of law firms all welcoming passing students to their stalls. In the corner, I spied some snazzy pens. On the far right were mugs. To my left were water bottles. Where to begin? I took a step forward and stopped. What was my strategy? After all, I couldn't just walk up to a stall, grab its free goods and run off to the next one, only to do the same. A pattern would soon be observed. A girl of African descent, sidling up to a desk, snatching a highlighter and then making a dash to the next table two feet away. I realised that I would have to strike up conversation at every law firm whose freebies caught my eye in order not to give my people back home a bad name.

What a boring task it was. These lawyers can talk. And talk. And talk. At first I just made mmmm sounds, waiting for their monologues to be over so I could ask,"Please may I have a five-headed highlighter?"

Quite by accident, I struck on a way to make these talks more interesting. One lady, who intended to make me work for my gel pen, asked at the end of her speech, 'Do you have any questions?"
"Umm. Do you have-- Umm, do you guys do any human rights law?"
"Umm. No. Not really. We have some clients in Africa though."

Each law firm rep, took a different approach to this question. Some, like the first lady were embarrassed by their firm's lack of altruism. Others looked at me like I was stupid before replying, "Of course not." And one lady said to me, when I had walked through the halls and by this time was laden with my loot and a little weary, "To be honest, you won't find anyone who does human rights law here. I wanted to go into that for a while and the best thing to do is to look online." Ah, honesty from a lawyer. How refreshing.

Eventually, I struggled my way through the doors, carrying almost half my weight in freebies and law brochures. I left the brochures on a College Bench for anyone who was interested and went on my merry way, eating my giant lollipop.


2. My sister was fortunate enough to get to the final stages of an interview with a large multinational. Lucky for her, the interview was in luxury hotel in the country. She gushed about how beautiful the place was. The large rooms, the excellent breakfast and of course, the bathroom. For some reason, of all rooms in the house, Nigerians are most enamoured with the bathroom. Perhaps it is because our heavy diets ensure that we spend large portions of our time in there. Anyway, my sister oohed and aahed over the wide mirrors, the deep tub, the towels and then she spotted the soap. It was the same colour as cognac: dark liquid orange and it was kept in a glass carafe.

Needless to say, my sister came back with one. Now before you start shouting and saying, "We knew it! Awoof runs in their family!" let me explain how my sister returned with this rather weighty souvenir. At the end of her stay, she had considered taking the carafe. It was beautiful, stylish, just the right thing to improve the tone of our bathroom at home. But then she thought better about it. This was not like taking a plastic bottle of shampoo or a face flannel, this was more akin to stealing. So she left the hotel as she came, awoof free.

On the train journey back however, she sat with her Nigerian friend from primary school who had also incidentally been called for the interview. Of course, they spent ten minutes gushing about the room. Then the breakfast, those scrambled ehn, freshly laid by a chicken that morning.Then they got to the bathroom. Oh the bathroom. That wonderful place. My sister expressed regret at the morals that stopped her from permanently borrowing the hotel's beautifully packaged shower gel.

Her friend laughed long and hard and then opened her bag. Inside were not one but two glass bottles. One with shampoo, one with shower gel. This friend was generous however, and gave one bottle to my sister. It still sits on our bathroom rim till this day and we refill it and ooh and ahh over the lovely way the glass displays the different colours of shower gel we have poured into it.


3. I have an aunt who was on extended stay in America. We visited her and at some point, went shopping at a well-heeled supermarket. When we got to the till, she declined the woman's offer of bagging and said that we would do it ourselves. Meaning I would do the bagging. As the goods were passed to me, I began to put them in a single bag.
"Double bag them," she said. Some of the goods were quite heavy, so her request was understandable.
I double bagged, and moved on to the next items.
"You're putting too many things in one bag."
I thought the amount of around five items per bag was quite reasonable but clearly my aunt didn't think so. She shoved me aside and I watched as she put a tin of sweetcorn in a plastic bag and then double bagged that. A cabbage was triple bagged, a pack of chewing disappeared into four plastic bags.

The till lady was staring at us but my aunt did not seem to notice. When all the items had been scanned she paid. I went behind the trolley, ready to go when she grabbed a handful of about twenty plastic bags and shoved them into a double-bagged bag of peanuts.
"For good measure," she said as we walked back to her black, SUV.

Now that ladies and gentlemen is how you do awoof.

N.B
Awoof does not directly translate to freebie but nothing reasonable came up when I google imaged 'awoof Nigeria'.
Posted by authorsoundsbetterthanwriter at 22:07