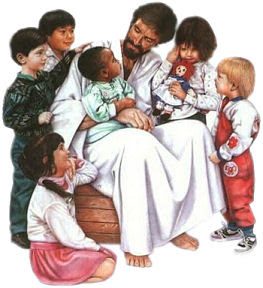 For as long as I can remember, I have gone to church on Sundays. This roughly adds up to 912 Sundays, 672 of which I spent in a Church called Foursquare.

I don't remember my first 336 Sundays in Foursquare. My memories of this time are blurry. A recurring image is that of many children squashed in a concrete room, chanting Bible verses to a tall thin woman who caned the unfortunates who forgot the words to John 3:16... but perhaps this is just a scene from a recent home video.

I moved to another branch of Foursquare when I turned seven or so, and this was where the memories really began. First of all this branch was cool and dare I say, it was cool not by Foursquare standards but by orthodox thermometer standards. There was Air Conditioning and that was cool (no pun intended), sometimes some daring women dared to wear trousers and only a few eyebrows were raised but most importantly, most, most importantly, in Sunday school there was a huge tin of crayons and if you so pleased, you could use all of them at once... which I did to disastrous effect.

I think it was in this branch of Foursquare that I discovered that you could be your idea of cool and still be a Christian. At seven, uncool was the knobbly berets that the women wore to cover their hair, the talking drums that the instrumentalists used to lead praise and worship (I wanted Kirk Franklin) and the enforced crayon monotony. Cool was my new branch, Air Conditioning, Kirk Franklin, Fanta after Church but we still believed what John 3:16 said; we still agreed Matt. 28:19-20 was necessary.

It was a useful lesson to learn. In important things like the Cross and the Resurrection, Christians should agree. In inessentials (like ACs and after service refreshments) there should be freedom to choose without fear of condemnation. So if you wear hats in your Church, don't judge those who let their hair out and if you sing the latest American gospel music in your place of worship, don't condescend or see as inferior, those who are happy with their traditional beats. As the saying goes, in essentials unity, in inessentials liberty.

It's funny. Now, my favourite album on my ipod is Wazobia African praise and I am beginning to appreciate the fashion merits of a well angled beret so maybe when I relocate to Nigeria, I'll be moving back to my first Foursquare.

As long as they give me more crayons.
Posted by authorsoundsbetterthanwriter at 22:46