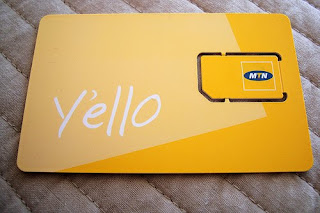 I am a shade that most Nigerians would call yellow. Though I am as brown as the next African, my Igbo heritage has given me enough orangy yellow tints to be considered 'fair.' I put this word in quotation marks because how any black person like myself can be considered 'fair' is beyond me.

Unfortunately I could not join in with these fun dialogues because it would have gone along the lines of this.

ME: Gosh you are so yellow!
YELLOW RELATIVE: I know.

The strange thing though, is that all this never made me want to become lighter. My complexion has never bothered me. I have never gone out of my way to preserve it or augment it like some of my 'fair' companions often do. There are many face washes, secret recipes and 'creams' that can make you lighter but I have scoffed at them all. Why would you want to regulate the colour of your skin so closely, I thought. Why?

Then a few years ago, someone I had not seen in a long while said something along the lines of, "You used to be so yellow. What happened to you?" There was shock in their voice, disgust that I could let myself go so, in other words, as a result of my complexion darkening, I was somehow worse looking.

The problem is, I took this comment as an insult, which was how it was intended but really, I should have known better. I had grown darker, it was a fact and even though it was meant as an insult, this didn't change the fact that it was only a fact and not an insult.

And that, whether 'fair' skinned or darker skinned ladies and gentlemen, is the hard and inconvenient truth.
Posted by authorsoundsbetterthanwriter at 01:02