My Cousins in Texas: A Study 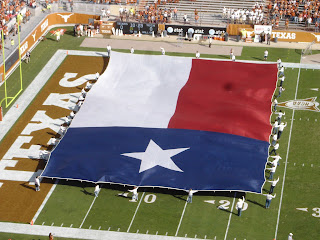 My cousins E-girl, E-boy and C-boy have become very American. They are very open with their feelings, they hug a lot and they dispense encouragement and good cheer as freely as a Lagos policeman collects bribes.

E-girl is a little neurotic. She cleans stains as they appear ever on the ready with her anti-bacterial sprays and wet wipes. The middle compartment of her bag is stuffed with medicine from Bonjela to Tylenol to a small resuscitating machine that she has thankfully never had occasion to use. E-girl is also very generous. When shopping with her, quietly sneak off to the till or after the cashier has scanned your goods and just as you are about to pay, she will barge past, push her card into the machine and sign before you get the chance to say Emeka Okeke.

Her brothers E-boy and C-boy could not be more different. When he was in Nigeria, E-boy used to be worryingly quiet but thanks to America and her out going ways, he would now be considered demonstrative in many parts of the world.

E-boy was the one who took us shopping and while perambulating through rows and rows of American discount clothing, my sister and I soon discovered that E-boy has an uncanny eye for fashion. We would be trawling through a rack discouraged and dispirited not finding anything but all E-boy had to do was walk past the same rack and he would find at least five fashionable outfits. It's funny because E-boy looks like a man's man's man who wouldn't know nail polish from eye shadow. He is built like an American football player who should be nicknamed The Wall yet he has such a good eye. It's uncanny.

C-boy, I think, is the most like me out of the Texas cousins. He's the last born; I'm the last born. His name starts with C, mine starts with C. He never puts things back where he finds them; I'm starting to learn. As you can see I'm one step ahead.

C-boy used to be very gregarious back in Nigeria. Out of his siblings, he is the only one that America has had a quietening effect on. His explanation for what seems like a sudden change as I haven't seen him in over seven years is that it's cool to be gregarious and loquacious and precocious when you're a teenager but once you hit your mid-twenties and have to become a MAN, then it becomes annoying. Me and E-girl joked that when I reach my early twenties and have to become a WOMAN, then I will suddenly wake up one morning introspective and reserved like C-boy. We'll see about that.

Anyways, I had a great time Texas with all three of them and as they won't accept cash, I wrote this paean to thank them.
Posted by authorsoundsbetterthanwriter at 00:29