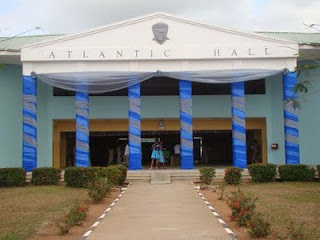 When one uses the term 'boarding school' in England, the images conjured are of horse riding, lacrosse sticks and tartan. My Nigerian reality was slightly different. The only horses we saw were in Agricultural Science text books, a lacrosse stick would have been seized for looking like a weapon and I'm not sure I even knew what tartan was back then.

Some of the most vivid memories I have are of the contraband wars that we students fought with our housemistresses and housemasters. The contention rose from this. Since time immemorial, students have been allowed to bring food, tuck, provisions to school. A few sweets here, a little garri, some Milo, a packet of biscuits nothing major or harmful. But in my second term of boarding, the authorities decided that the established practice of substistuting horrid school meals with tuck was unacceptable so all provisions were banned.

We were furious! How dare they take away our rights to eat biscuits in break time? How dare they stop us from slurping garri and water and sugar in the middle of the night? So we rebelled in the only way we knew. Not by protests or walking out of class or shouting down our teachers (all these tactics were for our more advanced brethren overseas). Instead, we resorted to subterfuge: smuggling. And our teachers resorted to human rights violations: searches.

At first the authorities tried to counter this wave of smuggling by searching our boxes at the beginning of each term. Before we were allowed into the boarding house, we would line up with our boxes waiting to be searched by the zealous housemistresses and their minions.

"On the table," one housemother would bark and we would be forced to hoist our heavy boxes onto these tables. Then unceremoniously they would unzip our boxes and begin to rifle through, poking our underwear, shaking out our carefully folded shirts to make sure that no bars of chocolate were hidden away in the sleeves. Nothing was sacred. Underwear, pads, even pat searches for those who thought they could escape by stuffing some sweets in their pockets.

We students grew wise. We bought boxes that had bottoms that you could unzip to reveal another layer underneath. We got parents (willing conspirators in the war against injustice) to drive to the back of the boarding house before they left and pass goods through the windows.

We grew wise but the authorities grew wiser. Though we managed to get the food in we always had to be on the alert because you never knew when your room would be chosen for a shock search. You would come back from school and see your locker scattered or your bed overturned all in the quest for illegal garri and groundnuts. Some stuffed food in their pillows. They were discovered. Some stuffed food in their bathing buckets. They were discovered. The most horrid memory I have of the contraband wars is of a girl standing beside her upset wardrobe and the house mother clutching a small bag of garri in her hand triumphantly.

But we students had our victories too. We still managed to keep some provisions from the grabbing hands of the housemistresses and we ate our forbidden tuck late into the night, knowing that we might have lost many battles but we would never lose the war.

I too must confess that I smuggled and whenever I undergo the mandatory box search at Murtala Mohamed Airport and see how the guards avoid my underwear and slide their hands gently through my clothes, I chuckle to myself. The Nigerian security force has nothing on my Head Matron. Nothing at all.
Posted by authorsoundsbetterthanwriter at 21:16