The Death of A Strong Man 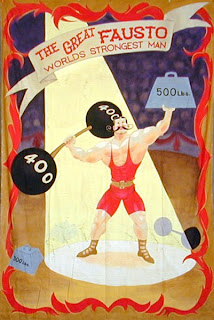 I still remember where I was when he died or the news of his death reached our ears: half way between upstairs and downstairs, dawdling for reasons I have now forgotten. My left hand trailed along the wooden banister, my feet dragged over marble chipped stairs, my school bag hung to the ground and it would have taken me double my usual time to climb the stairs if I hadn’t heard screaming from my parent’s room.

I bounded up the stairs but before I could reach the room, my aunt came running out of the door. “Yey!”

By now fear or some strange, clutching feeling gripped me and I entered my parent’s room slowly. My mother lay on her side of the bed, staring at the TV. Whatever the news, it was not shocking enough to get her out of bed but her usual position was drastically altered: her hands instead of lying in her lap were balanced on her head.

She shook her head slowly.

And with that one word, I joined my aunty outside, screaming and spinning in a circle and clapping. I couldn’t have been more than eight but even then, I knew that the death of a strong man could only elicit rejoicing and shouting and screaming. All over the news, images of thousands and millions of people, rejoicing at the death of this one man, were beamed from all over the country. In one afternoon, Nigerians from different tribes, different backgrounds, different religions, were united in their joy over the death of General Sani Abacha.

He was one of the so called ‘strong men of Africa’ that dominated the continent’s politics in the 90s. Dictators like Idia Amin and Mobutu were cut from the same rags as him. He committed atrocity after atrocity, filling the country with rumours of journalists killed, opponents killed, women and children killed; causing a smog like fear to cloak my country.

It was an apple that did it. A poisoned apple they say and never since the fall of man have the connotations of this fruit been so positive.

The still living strong men of African politics should take heed. For too many, the best we will be able to say of their lives is in death, they made us happy.

Posted by authorsoundsbetterthanwriter at 11:15