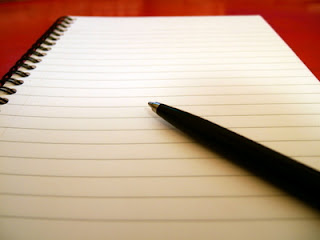 I started writing my first novel when I was 10, roughly at the same time seven years later that I would start writing THE SPIDER KING’S DAUGHTER. I suppose there is something incredibly dull about the June/July exam period that makes one want to escape into the creative process of writing. Still, this does not fully explain why I chose to start a novel on a day when I should have been using the interim between my Maths and English exam to revise. I still don’t know why I picked up that pen, I still don’t know why the daunting fact that the exercise book had chequered pages and was for numbers not words did not stop me from writing the opening lines. What prompted me, I wonder. Why, I ask my ten year old self and she rolls her eyes at me and like a true Nigerian answers my question with another question: Why not? And I have no response for her, not even an answer couched in a question. Why not?

Why not has played a major process in my writing journey so far. It stops me from being proud, it stops me from being crushed. I hear many aspiring writers like myself ask, ‘Who do I think I am to get my novel published? Who will want to read my work? How can I be good enough?” Why not stops me from thinking like this. I might not be good enough, no-one might ever read my work, the novel might never be finished, let alone published but why not start a new one after the primary five one failed and the primary six and the short stories were not completed. Why not try again? And I can never come up with a good enough reason as to why not? Because why not gives you hope and as an aspiring writer, you’re going to need hope for the rejections you may face, you’ll need a practical optimism that says, even if this one fails, there’ll be a next one because why not write, instead of moping about the failure of your last novel, poem or short story?

At the same time, why not stops me from feeling special or chosen or somehow superior to other aspiring writers like myself whose book deals are yet to materialise. Listening to successful writers give interviews and readings, I’ve noticed that some will mysticise their writing process. Perhaps they do channel the sprits and listen to the wind but I believe if you strip all this away, the process is the same for everyone. You get an idea, you think it’s good and you say, why not run with it? That’s the beauty of this democratic process of writing. There is no rigging here, no zoning, anyone can sit down, pick up a pen and say, why not? Some will say that not anyone can become a Mario Vargas Llosa, this year’s winner of the Nobel prize for literature, but I say the worst that can happen is your craft will improve, the best is you’ll find yourself in Stockholm.

I know it takes more to writing a book than this why not attitude. There is the perseverance and the intense attention to detail, the long hours you might have to put in for only a few paragraphs of words but these things can be acquired along the way. To get the journey started, I’ve always needed a why not? Maybe they’re right and not everyone can be a writer but you’ll never find out until you try. So go ahead. Why not because really, you have nothing to lose.

N.B This is a piece that I originally wrote for Mayowa Idowu on his blog. Here

Posted by authorsoundsbetterthanwriter at 23:55

Email ThisBlogThis!Share to TwitterShare to FacebookShare to Pinterest
Labels: Writing