Literature is Not Dead 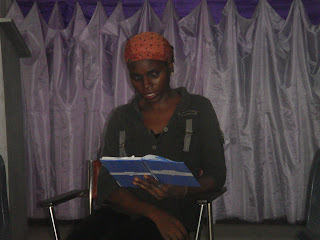 The prevalent view is that literature is only for the rich in Nigeria. Poor people don't read. If they do, its by accident and its nothing intellectual. Thus when my Aunt, Mrs. Mobolaji Adenubi, invited me to a meeting of the Association of Nigerian Authors (A.N.A), I had a very clear picture of what the meeting would be like. It would be on the island, because as we all know, nothing posh happens on the mainland. There would be a few expatriates.The people at the venue might be simply dressed but there would be many fancy cars in the parking lot. Now I must confess that I've never been to a literary event in Nigeria before but from looking at pictures and reading the news coverage, the vibe I've gotten has been that these events have swung more towards the aje botas. 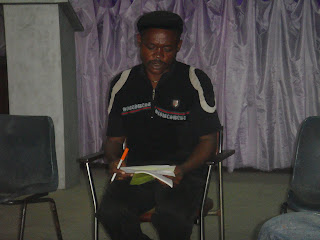 So I was pleasantly surprised to find that most of the people who attended yesterday's meeting did not belong to the privileged class. Even though it rained terrifically, many of the people present took public transport to make that meeting. You cannot understand the full import of this until you have been caught in Lagos rain. The only umbrella I had was my England one: a sturdy thing that has served me well over there but was no match for the Eko rainy season. I came in a car to the meeting and only had to walk about ten metres to the venue. Yet by the time I reached the entrance, the rain had made a mockery of my umbrella and beaten me well well. Now, imagine coming to such a venue in a danfo or even worse on an okada. Even after sitting under a roof for four hours, there was one lady who still left the venue with damp clothes. 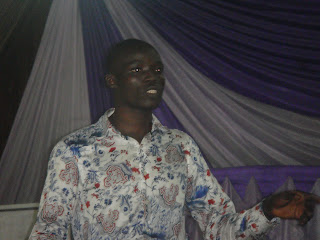 The meeting started about an hour late but that was due to the rain. The roads flood in Nigeria during the rainy season and thus traffic increases exponentially. Again, it wasn't a full house because of the rains but those that came, came with their works, ready to read them. Even I, first timer, was offered a chance at reading to the gathering. There were about five poetry readings and one prose piece. After each, the members would critique and advise. The two poems that caused the most debate were about Africa. One member protested about the blanket use of the 'black' to describe Africans. Another countered that majority of the people in Africa were black and even those in North Africa had dark skin. One member found one poem too optimistic about the state of Africa. In his view, the writer was 'deceiving herself.' 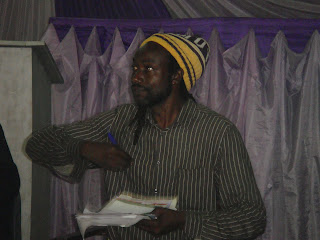 Perhaps it was because he was a man or perhaps because the woman who wrote the poem was a shy, the other women in the group took up her cause and after some close text analysis, dragged the rest of the group to the conclusion that the poem was neither overly optimistic or pessimistic but a good balance. There was one man who read so passionately that he could not remain on his seat. He read his poem twice and each time, he started sitting and by the end he was standing, pacing and declaiming his work. 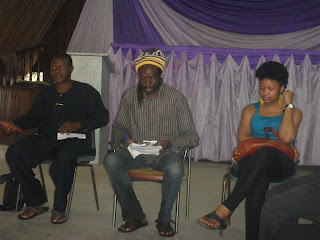 Even I got my own few minutes. Though I had nothing of my own to read, when my Aunt told Dagga Tolar the Chairman of the Lagos branch that I had a book coming out next year (D.V), he put me next to the guest speaker who had come all the way from Ibadan and did a sort of joint interview with both of us. At the end, a small library of books was brought out for members to peruse. Some of the books were from members who had self published and left a copy of the book with the organisation but quite a few were international works. I spotted a copy of Isabel Allende's House of Spirits. All in all, I enjoyed my first meeting of A.N.A. It has shown me that high culture is for everyone.
Posted by authorsoundsbetterthanwriter at 20:17