The First Time I Was Corrupt 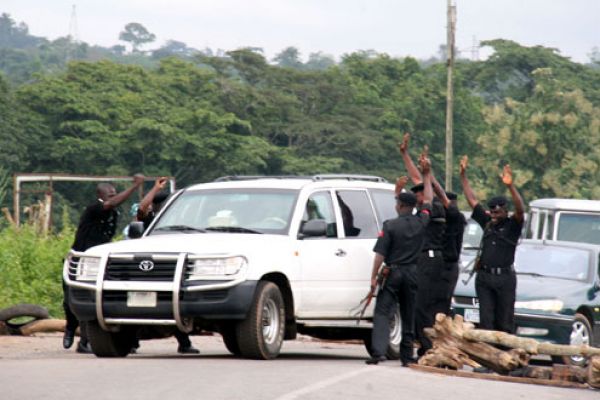 It was in secondary school. I was thirteen. We were going for a state wide basketball competition. Ten girls and ten boys were chosen but each team would be made up of only five. Five would play, five would be subs. I wanted to play, badly. Every Tuesday and Thursday for the past month or so, I had woken up at 5am to jog round the school compound. I had run sprints and shot hoops in the half morning light. Every time I missed a shot, I complained about the poor light. I would have made it in the afternoon, I protested when the ball left my hand and bounced off the rim. I made the ten. I was on the bus, going for the tournament. But would I make the five?

We got to the venue: a large but shabby state school. The hoops were sparse metal rims. No netting hung down from them, like in the NBA. Our first match was scheduled. We went to our court. Our P.E teacher, Mrs O, read out five names. None were mine. She must have seen the fallen faces of the rejected five because she said to us,
"Don't worry. There are many matches today."

The referee brought the sheet that had to be filled whenever a player stepped on the court. Standard questions, Name, School, Age.
Name. Mrs O wrote Chibundu Onuzo.
School. Mrs O wrote Atlantic Hall, Poka-Epe.
Age.
"How old are you?" Mrs O asked, her pen poised above the page, impatient to write. Time was going.
"Thirteen."
"Ah this tournament is for twelve and under."
"But I'm thirteen."
"It doesn't matter. I'll just put twelve."
"Wait," I said, my heart beginning to pound.

It's not that I hadn't lied before. Lies a plenty filled my past. Who drank my Fanta? Who wore my skirt? Who moved my cheese? All questions, I had lied to. But to lie on an official document. To lie about something as fundamental as my age. To tell such a lie, though sanctioned by my teachers, went against everything my parents had ever taught me.

So with my heart pounding, I walked onto the field. Needless to say, I was rubbish. I missed the ball when it was thrown to me. When I caught it, I lost it immediately. I couldn't concentrate. My lie hung too heavily on me. I could hear Mrs. O screaming on the sidelines but it did nothing to spur me on. When a pass I intended for a team mate, ended up in the hands of an opponent who scored a few seconds later, Mrs O shouted, "Time out. Chibundu come and sit down. Deola, you're going back on."

I walked back to the side benches. The other subs made room for me as they offered their condolences.
"You did ok."
"You'll do better in the next match."
"Don't worry."
But I wasn't sad. I was relieved. For the rest of the day, I watched my mostly thirteen and fourteen year old team mates cruise to the silver medal position. When the medals came, even the subs got them. I wore mine proudly around school but secretly, inside, I was glad I had nothing to do with the winning of it.

It was my first taste of corruption and it left a funny feeling in my mouth, like the taste of fruity lip balm, sweet but toxic nonetheless. Hitherto, I had never been directly complicit in anything corrupt. True, bribes had been given on my behalf. I had sat in the car and watched the driver pass money to the low ranking officials whenever we were flagged down for no reason at a police checkpoint.
"Give us something," the bluntest of the police men would say as we pulled over. I was relieved when the drivers paid. I was afraid of the guns but every time money changed hands, I was also angry.
"When I'm older," I would say to the driver after we had driven off, "When I'm older and I have my own car, I won't give those people money."
"If you don't give them," the most pragmatic of the drivers once explained to me, "they will make your life hell for nothing. Better to just give them the twenty Naira and go your way."
I would be different, I thought. I would be the one who would stand by the roadside and refuse to compromise my integrity for the sake of my convenience. Yet, how easily my moral defenses had crumbled when I had to choose between them and something I wanted.

I imagine it is the same for many of our bloated politicians. It is true, some have always been thieves but enough were scrupulous enough in their private careers, for one to wonder how such volte faces took place. We have watched honest enough doctors become thieves. We have watched cabinet members who were highly ranked in the private sector and relatively honest there, become treasury robbers over night. We have watched speakers of the house come from abroad, where they never had criminal records, and begin to dream up the most inventive acts of fraud.

I had never had the opportunity to lie about my age and I had never had the motivation to do so. I imagine it is the same for many of our politicians. Opportunities to steal abound. Motivations to steal can always be found. School fees are due, new house is needed in the village, wife wants diamond earrings for anniversary and of course, chances of getting caught are slim. If I knew that someone would check my passport after Mrs. O wrote that I was twelve, I would have snatched that pen from her.

I want to live in Nigeria one day. And if this happens in the near future it is likely that the opportunities for corruption will still abound. I hope that I will not look for motivation and will dismiss the fact that the chances of my getting caught are slim. I want to be different. I pray I will be different.

P.S
It was my birthday yesterday. I'm now 21. We thank God.
Posted by authorsoundsbetterthanwriter at 16:17

Email ThisBlogThis!Share to TwitterShare to FacebookShare to Pinterest
Labels: About Me, Africa, Corruption, Nigeria, Politics